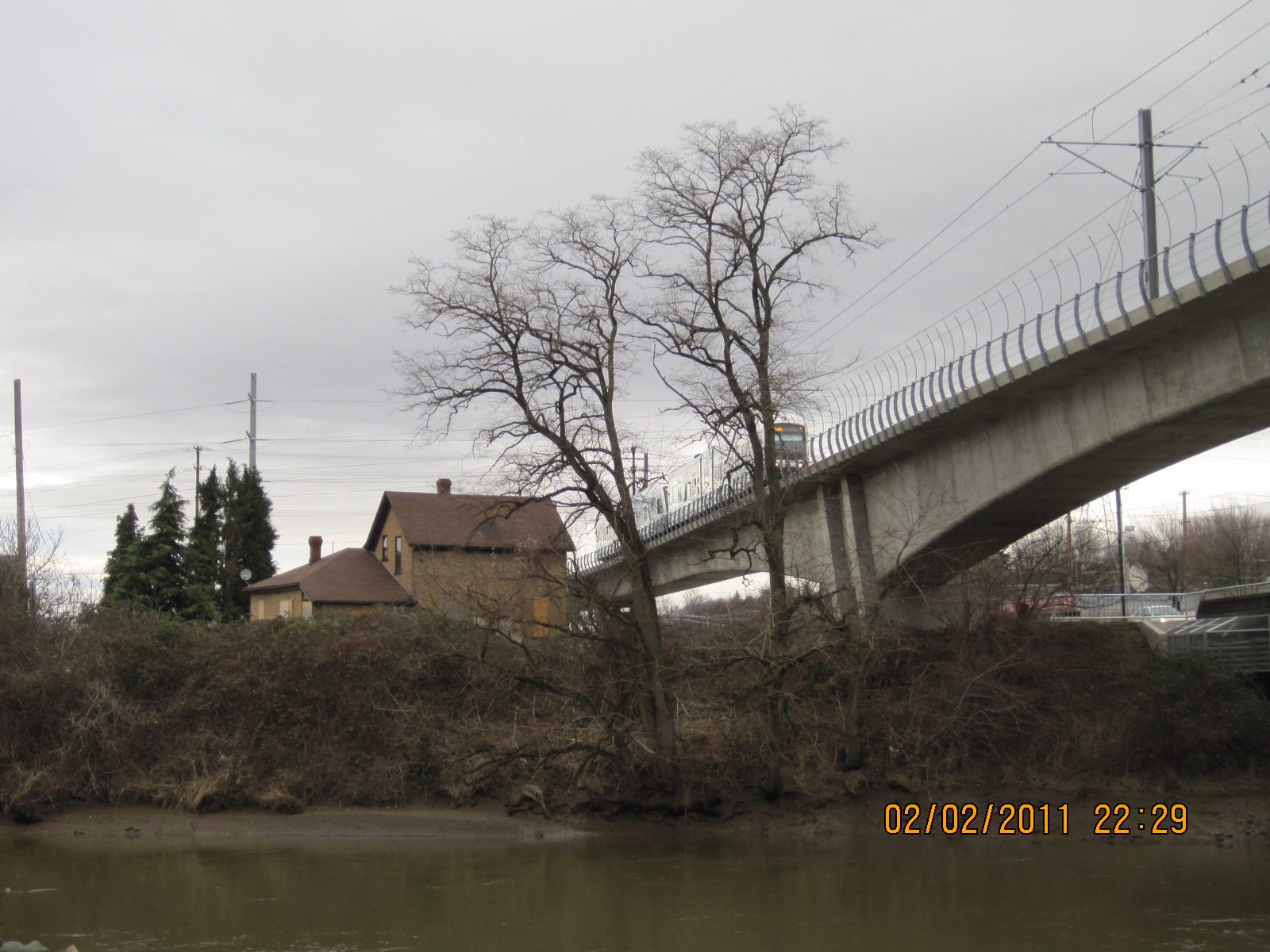 “Black Lives and the Law in Washington Territory” tells the story of a boy who was a slave in Olympia in the 1850s.  Free Boy, A True Story of Master and Slave recounts the relationship between James Tilton, Surveyor-General of the territory, and Charles Mitchell, a boy owned by his cousin in Maryland.  The boy’s mother had died in a cholera epidemic, and Tilton’s cousin thought she was sending the boy to a free territory–except that it wasn’t.

This talk looks at the doctrine of partus in colonial law affecting the status of children born to slave women;the Missouri Compromise of 1820, the Compromise of 1850, the Kansas-Nebraska Act of 1854,and the Dred Scott decision of 1857, all relating to the status of slavery in territories; and finally the ruling by a Victoria judge that made Mitchell “a free boy.”

Tilton protested to the governor of Washington Territory and then to the U.S. Secretary of State, without success, that the freeing of the boy from the steamer Eliza Anderson, where he had stowed away, was a breach of international law.  Six months later, the United States moved beyond compromise and the rule of law to civil war.  Mitchell was a free boy years before the war would determine the fate of others held in bondage.

History is never finished and done, in the past.  The writing of history brings new revelations about the history that may not yet have been told, that has been intentionally neglected, usually the more shameful events from the past.  When I wrote about the Coal Creek Trail in Hiking Washington’s History, I knew there were Chinese miners at this site in a Seattle suburb, but I did not know the full story.

R. Gregory Nokes writes about the burning of the homes of 49 Chinese miners near the Coal Creek mines in 1885 in his book Massacred for Gold.  The book also recounts the killing of more than 30 Chinese gold miners on the Oregon side of Hells Canyon in 1887.  The source of the information about Coal Creek is a Statement of Claims prepared by Chang Yen Hoon, the head of the Chinese legation in Washington, D.C.  Chang sought compensation for various acts of violence against Chinese immigrants in the U.S., including losses of $4,054.88 from the Coal Creek Mine in Washington Territory.

That wasn’t the first such incident at Newcastle.  In 1876, 40 Chinese mine workers were driven from the same mines, according to a coal miner who wrote to his wife:  “The miners at the Seattle mine [at Newcastle] drove all the Chinamen away from there Saturday last” (quoted in Historylink.org Essay 219).

The name China Creek lingers in contemporary Bellevue near the site of the Newcastle mines.  It is most often associated with a trail, a housing development, and the Golf Club at Newcastle, with no mention of the source of the name.  Ironically, the golf course at Newcastle has recently been purchased by a Chinese company.

The Dry Side and the Wet Side

I’m sitting here looking over Puget Sound on a rainy day, with mist covering the water and the gentle sound of water running through the gutters.  The gloriously sunny weeks of July and most of August are ending. The days are somewhat cooler but muggy; the sun rises later, encouraging a bit more sleep.

As I listen to the rain, I am emailing Michael McKenzie, author of an article on the Old Military Road that was built in 1856 through dry central Washington.  The Cascade Mountains divide the state into a dry side on the east and a wet side on the west.  Anyone who lives on the wet side understands the occasional lure of the dry, sunny side.  According to McKenzie, Frederick Dent fashioned the road from the U.S. military fort at the Dalles to Fort Simcoe, now on the Yakama reservation (“Lessons From an Old Road,” Columbia, Fall 2002).  McKenzie emphasizes that Dent paralleled an Indian trail in many places and routed the road with great sensitivity to the location of springs.

In researching Hiking Washington’s History, I learned early on to pay attention to water and to schedule eastern Washington hikes in the spring or fall.  In Columbia Hills along the dry reaches of the Columbia River, I climbed to Stacker Butter early in the morning to avoid mid-day heat that can reach 100’.  On other hot days, I kept close to the sound of water and the only shade, along Eight-Mile Creek.  The deer sought that, too.

On the Columbia Plateau Trail in eastern central Washington, I was often the only person walking the old railroad grades, exposed to the open sky.  The locals know better. I remember, too, hiking in the Blue Mountains of southeastern Washington along open plateaus and welcoming the colorfully-named springs along the way, a great place to dip a bandana.

At the opposite extreme, I have been thoroughly wet hiking several times:  coming down from Mt. Katahdin in Maine, crossing Panhandle Gap on the Wonderland Trail in Mt. Rainier National Park, an overnight at Hannegan Pass, and a morning hike in Bridle Trails park in the suburb of Kirkland, Washington.  In Maine, we hiked four miles in an hour to find a shelter to wait out the worst of the downpour.  On the Wonderland Trail and at Hannegan Pass, we hurried to set up tents and shelter for the night.  In Kirkland, we climbed into a car and headed for a mall to buy dry pants. The right clothes and equipment and the conveniences of modern hiking have so far protected from a too casual reading of the weather and terrain.

At their best, author events are the writer’s chance to meet the reading audience, the people who like what you like and read what you write.  At their worst, the events are awkward, sparse, and embarrassing, both for the browser and the author.  We sit behind tables, our book covers marketing our wares.  We’re usually willing to talk, and we’d be happy with just talk most of the time, even if we don’t sell a book.  On the other side of the table, however, browsers often want to browse without having to engage a garrulous writer.  I’m always grateful when someone wants to talk.

Last summer I was part of Authors Night at the annual conference of the Oregon-California Trails Association, known as OCTA.  OCTA folk like to follow and mark trails, particularly the Oregon Trail and its offshoots.  I went along on several outings of the Northwest chapter as I was researching Hiking Washington’s History.  They led me to markers for the Mullan Road, to campsites of the Lewis and Clark expedition, to wild onion fields on the Umatilla reservation, to remnants of the Cowlitz Trail from the Columbia River to Puget Sound.  Much of the time we were driving and communicating by walkie-talkie, but we stopped to walk in historic paths when they were known and accessible.  I owe these folks—Tuck and Kay Forsythe, Lethene Parks, Susan and Chuck Hornbuckle, Don Popejoy—for their local and persistent research into their favorite historic trails.

So I sat there behind a pile of books waiting for friends and comments, and they came: a woman who claimed Cape Flattery as her favorite place in the world and told me of watching birds of prey circling the caves of the cliffs there on their March migration.  I’ve been to Cape Flattery three times (named by Captain Cook who “flattered” himself he would find a safe harbor there); it is never a safe harbor and must be especially unnerving in March.

I met a couple from Lacey, WA who lead hikes on the Naches Pass Trail, a cut-off from the Oregon Trail that led over the Cascade Mountains north of Mt. Rainier.  They are advocating for its placement on the National Register of Trails, which would not save it from wheeled incursions but might force some respect.  A woman from Starbucks, Washington, which I have been to, shared her enthusiasm for the Mullan Road.  I sat at a table next to Brooks Geer Ragen whose new book, The Meek Cutoff, Tracing the Oregon Trail’s Lost Wagon Train of 1845, drew much interest.

In my own browsing of the tables I found historic trails in other parts of the country—the Cherokee Trail—and a hiker/writer planning to produce video of himself hiking the Oregon Trail for an adventure cable station.  My raffle ticket won two bottles of Ellensburg wine.  So although I didn’t sell many books—these folks already had it—the evening was a quiet success, which is often the best kind.

am working on a new book, a history of Washington told through the history of the state’s major cities.  I’m doing a lot of walking, early in the morning when the homeless are still huddled under blankets on benches, on rainy afternoons when awnings are welcome, and sometimes along a sunny waterfront.  I am visiting museums, historical societies, libraries, and

coffee shops, talking to anyone I encounter.
Yesterday, a friend and I roamed Tacoma in the rain, finding solidity among the mists in stone statues.  Here are two with some historical significance.  The lion guards the entrance to Fuzhou Ting, a pavilion given by the city of Fuzhou and built at the Chinese Reconciliation Park on the waterfront east of Old Town.  The park recalls through art and words the expulsion of Chinese from the city once the railroads were completed and their labor was no longer needed.  The Goddess of Commerce is a new statue replacing an older one in the Old City Hall district.  She is replete with the symbols of commerce that have driven Tacoma’s economy, including crane earrings, not the peace cranes but the dock kind.