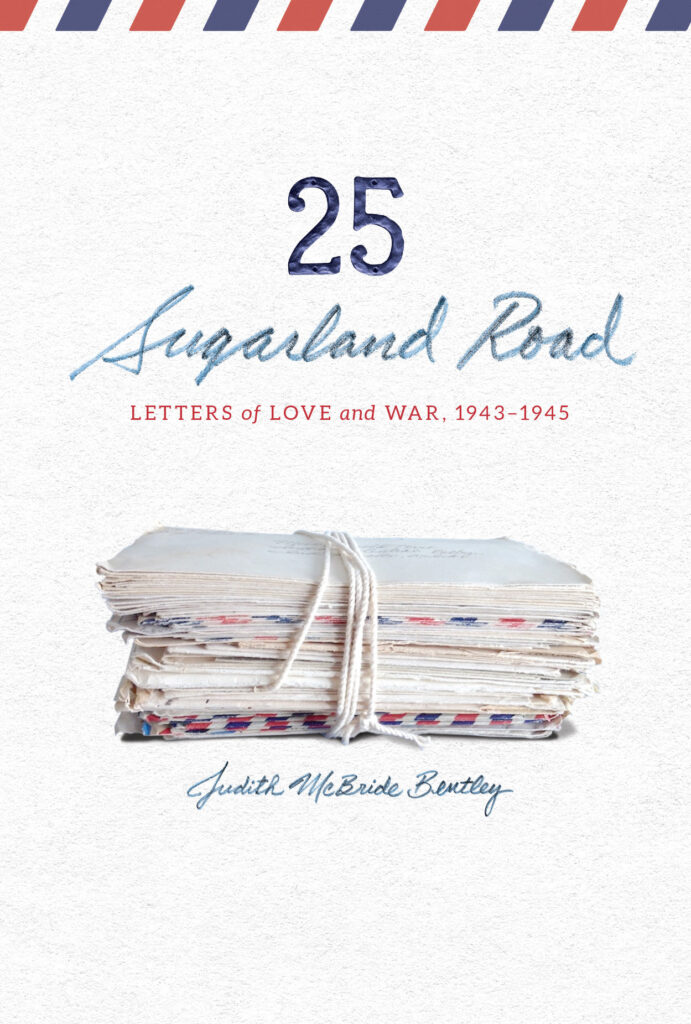 25 Sugarland Road, Letters of Love and War, 1943-1945, tells the story of a newly-wed couple through the letters they wrote each other during World War II.  Bob and Luella McBride had been married two months when 20-year-old Bob was thrust into a global war as a medic with the Seventeenth Airborne Division. Luelle Hart, 19 when she married, relied on her sisters and Bob’s parents for support as a wartime single mother.  Their letters are filled with wonder, anxiety, yearning and a strong sense of family during a time their views of the world and human nature became shattered by war.
Bob recounted platitudes about food and weather that would pass the military censors, the radio shows he listened to, the antics of his buddies, the rigors of basic training, and the boredom of waiting. Later, his memoir filled in the war experiences he could not write home about and seldom talked about as a father.  The letters he received from home sent news of babies, church, canning food, hogs, chickens and relationships under stress. They told of rationing, worries about the draft and those missing in combat, and the comic relief of a baby playing with her toes.  The book was published by Indiana Historical Society Press in 2021.  It is available from the Press.

For more information about their years at Indiana Central College, now the University of Indianapolis, read this article in the university’s newsletter.  Also read an interview with the author by Indiana Historical Society

Wow!  What a love story!  It is a very personal account, but is an excellent example of what so many people must have been experiencing during WWII.  Barbara Campbell.